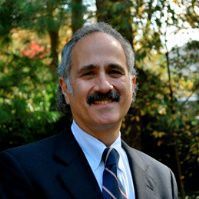 Mr. Steinhorn recently acted as lead trial counsel in a case filed in the United States District Court for the District of Maryland.  The case settled before trial for Six Million Seven Hundred Thousand Dollars ($6,700,000.00).  The case involved claims alleging violations of the Maryland Consumer Protection Act and claims of fraud against a private for profit college. After approximately one year of heated and contested litigation (the school had 16 attorneys of record defending it in court), the school agreed to settle the case to avoid a trial. The settlement was a confidential settlement, and resulted in the named plaintiffs-students recovering  five times the amount each paid the school in tuition.  As importantly, the settlement required the school to invest at least One Half Million Dollars ($500,000.00) in changes to the school to ensure that the practices that led to the filing of the lawsuit were never repeated.  The settlement is believed to be one of the largest of its type in  United States history.

This recognition follows Mr. Steinhorn being named a 2013 Superlawyer of the Year in Maryland.  Mr. Steinhorn was named a SuperLawyer of the year in part for his handling of another Consumer Protection Act case against another private for profit school in Anne Arundel County, Maryland.  The case, entitled Barfield, et. al v. Anonymous Barber School Academy et. al.. was tried in the Circuit Court for Anne Arundel County.  Although the first student paid $2,000.00 in tuition, the second student paid, $3,000.00, and the third paid $12,000.00, the jury awarded the three students a total of  $151,000.00.  Follwing entry of the jury's verdict, the Court awarded Mr. Steinhorn and his co-counsel $398,643.00 in legal fees and costs, pursuant to the Maryland Consumer Protection Act.  Shortly after entry of the verdict, the school declared bankruptcy and ceased its business operations, much to the delight of the three aggrieved students, who proved a pattern of violations of Maryland's Consumer Protection Act at trial.

Though Mr. Steinhorn is pleased to be recognized by his peers, Mr. Steinhorn is focused on his next case, a case alleging fraud and consumer protection act violations committed by the State Farm Mutual Insurance Company.  We will keep you informed....